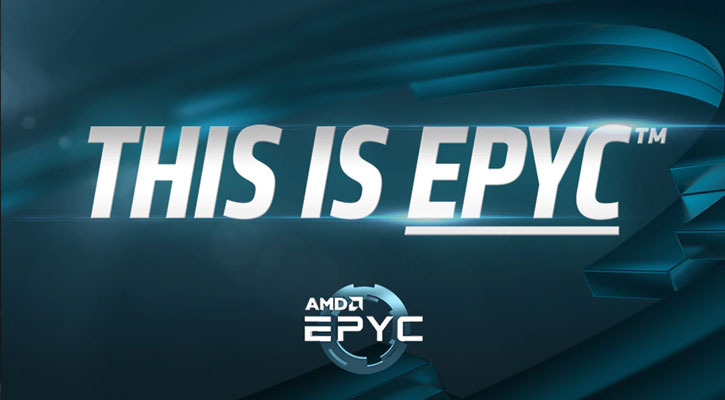 Although the 2nd-gen AMD EPYC 7002 Series Processor was launched in August, mid-sized system integrators weren’t able to get their hands on AMD EPYC motherboard components to support the building of high-performance servers immediately at the launch.  Thus, we just posting our Solution Labs overview now, in anticipation of our new redesigned Atlas rackmount servers powered by the newest AMD server CPU technologies.

Code-named “Rome”, AMD has made significant changes to second-generation x86 CPU architecture which help the EPYC 2 deliver twice the throughput of their first-generation “Naples” on the original Zen architecture. The major points for Zen 2 include an entirely redesigned execution pipeline, major floating-point advances which doubled the floating-point registers to 256-bit and double bandwidth for load/store units.

AMD EPYC Rome: The Most Dense Computing from a Server CPU

EPYC Rome processor is made up of (8) Zen 2 dies which are interconnected through the 2nd Gen Infinity Fabric with an I/O die that acts as a central hub of the processor. Each “Rome” processor has a total of 32 billion transistors on the entire package, which makes it one of the most densely packed chip design ever developed.

Take your performance beyond conventional constraints with AMD EPYC’s superior memory and I/O throughput to supercharge your applications and IT productivity with:

The Best Performance for Value

For customers looking to really transform their data centers, the AMD EPYC 2 really create a compelling value proposition when compared to legacy AMD or Intel solutions.  To find out which EPYC processor is right for you based on your workload, AMD has made an EPYC CPU selector tool that allows you to provide your IT infrastructure inputs.