Why Composable Infrastructure is the Future of the Data Center 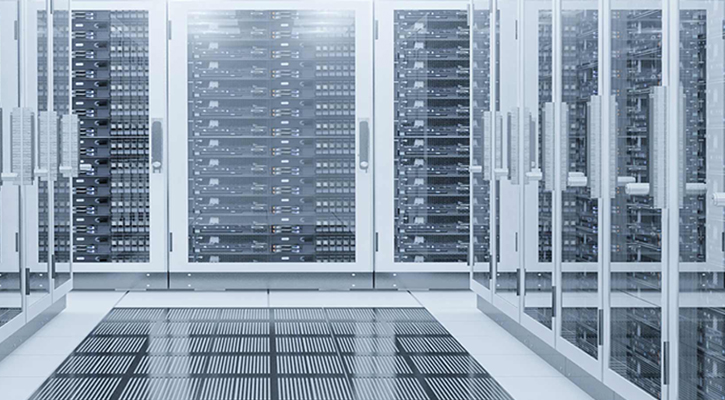 The IT infrastructure shift from the client-server model era, to the modern private cloud hosted applications and services from static architecture data centers has been driven by the digital transformation of line-of-business applications. Due to this need for always-on, anytime-anywhere access to data, hosted applications become more varied in what they do – from supporting IoT rollouts, content delivery at the edge, artificial intelligence training and more. This has lead to an expansion of the data center based on complex compute, storage, video graphics and networking configuration requirements.

Traditionally, this explosive application growth has lead to the overprovisioning and underutilization of server component and connected devices, not to mention a burgeoning resource, management and cost problem. As data center administrators struggle to keep up, total utilization goes down while the total cost of an organizations data center goes up.

What’s Prompting the Need for Change?

As the number of private cloud hosted applications outstrip the data center’s ability to host them, the total cost of ownership increases, while total utilization and efficiency decreases.

As a result of applications getting larger and more complex, more diverse hardware configurations are necessary to meet modern IT service-level requirements. Hosted applications need a dedicated processor, memory, storage capacity, and network bandwidth to run workloads or processes, each with different dataset locations and service-level availability and redundancy.

Driven by data analytics, artificial intelligence, and machine-learning workloads, the computation tasks of data center hosted applications have become more complex with in what they do, with hardware requirements have become varied. From storage services to data base transactions, the growing demand for has overloaded IT assets coming into the data center.

Previously, due to explosive hardware innovation, the availability of faster computing had previously dictated IT purchases and when IT assets would be EOL’d (end-of-life). However, these type of performance gains and power savings are no longer being realized.

Ending of Moore’s Law of Computing – Previously, the doubling of compute power every year from one Intel or AMD server processor generation to the next, meant a data center could add servers with newer CPU’s and experience twice the compute performance gains. Older servers could be EOL’d as applications would be migrated to newer servers.

Ending of Dennard’s Law on Power Scaling – Law that states there are continual power savings as you scale up the clock-cycle on CPUs and shrink the transistor without heating problems (e.g. from 500 Mhz CPUs to 1GB CPUs from one generation to the next). However, further down the engineering-line, there started to be power leakage decline as CPU clock-cycles got larger that prevented power scaling from occurring.

Limitations of Amdal’s Multi-Core Law for Parallel Computing – Next, cores were added to CPUs to increase computational power to a single CPU’s – and these limitations were also reached. According to Amdal’s law, you can only parallelize an application so much, before you’re bounded by the limitations of parallelized services and how many cores they can use.

While these hardware innovations increase applications ability to host artificial intelligence and machine learning applications, they also extend the growth of the data center. With compute, networking and storage innovation not dramatically improving over time, the response of overprovisioning is no longer a sustainable solution.

What’s Needed in a New Approach?

As data center administrators try to move thru the curve of ever-expanding applications, flexibility and cost are driving alternative infrastructure strategies.

As new generations of hardware assets come into the data center, how can organizations get more utilization and efficiency out of each system? The solution is to allow data center administrators to layer hosted applications by composing system designs from available hardware resources.

In a composable infrastructure, physical resources are logically pooled so that data center administrators don’t have to manually configure hardware to support a specific software application. This focus on provisioning hardware into available resources for flexibility and responsiveness makes management significantly easier to automate processes.

A composable infrastructure framework treats your physical servers, network storage, GPUs, FGPA’s and network switches as services. Depending on what hardware configurations are required by individual hosted application workload (similar to the VMs in a client server), data center managers can compose an infrastructure environment with available hardware resources for optimum performance and efficiency. When the project or process is completed, the hardware is returned to the resource pool.

We’ve Already Been Moving toward Disaggregation

Composable infrastructure may seem like a radical departure from how data centers have previously treated hardware resources to change the way administrators build their IT infrastructures. The concept of disaggregating IT resources is not a new one in the data center, in fact, it already exists.

If learning more about how composable infrastructure technologies can increase utilization by up to 70% when compared with traditional SAN/NAS solutions or AWS public clouds, schedule a time to speak or give us a call at (888) 828-7646. We’ve helped businesses of all sizes deploy S3-compatible object storage solutions to simply their storage infrastructure.