A Pod Hotel for your Servers? 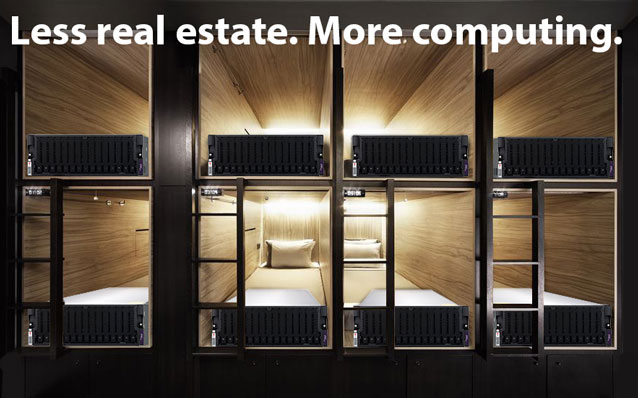 Whether you’re paying by the kilowatt hour or the square foot, colocation can consume a big chunk of the IT budget if not properly optimized. Bandwidth costs have come down, but real estate costs have not. Never has there been a stronger case for multi-node servers. Even if your corner of the datacenter isn’t as spacious as you’d like, you might be amazed at how much compute power you can fit into just one or two rack spaces. Not only that, there’s no need to forego essential features such as redundant power, efficient cooling, and easy cable management. Here is a sampling from our multi-node product line.

The Pogo Linux Iris 2491 is all about performance. It offers four discrete compute nodes in a standard 2U enclosure, with dual Intel® Xeon® CPUs, up to six SSDs, and optional 40 Gigabit Ethernet for each node. 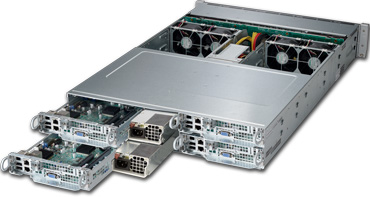 Boasting similar specs as the Iris 2491, the Pogo Linux Iris 2492 is an all-around favorite. With up to three 3.5 inch SATA drives per node, economical configurations are available.

If your workload demands the maximum amount of raw horsepower The Pogo Linux Iris 1229TP packs up to 112 compute cores into a single rack space.

Are you running out of real estate? Talk to a Pogo Linux sales engineer today about how to take advantage of the high density and power efficiency of our full line of multi-node servers.

To learn about how Pogo can help you tackle the technological challenges your organization is facing, please call us at 888-828-POGO or email sales@pogolinux.com.