Performance for the Next Generation Datacenter

With applications and workloads becoming increasingly complex, it is vital for any new hardware platform to keep up with continually increasing performance demands. Launching today, the new Intel© Xeon© Processor Scalable Family does just that with several key improvements in architecture and performance. The platform benefits greatly from a 1.5x increase in memory bandwidth and support for DDR4 2666 memory modules. In addition, the older QPI (QuickPath Interconnect) has been replaced by the new Intel© UPI (Ultra Path Interconnect) increasing speeds to 10.4 GT/s. A revised cache hierarchy boosts the amount of private L2 cache per core to reduce contention and increase performance. All of these performance enhancements coupled with up to 28 cores and 56 threads per socket make the new Pogo Linux Iris servers, powered by the new Intel© Xeon© Processor Scalable Family perfect for today and tomorrow’s most diverse and demanding data center applications. 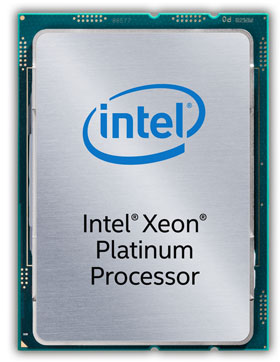