Like us, you may have tuned in last week to watch NVIDIA’s official unveiling of their new GeForce RTX 2080 GPU. While it’s too early for the average joe to get their hands on one, the early impressions are already coalescing throughout the web.

According to the initial consensus, the performance jump for gaming looks to be fairly 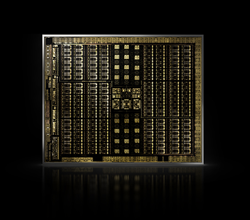 modest. The biggest benefit will be for gamers running games at 4k. The gaming community is waiting for applications to be better optimized for the new architecture.  However, the computing performance increases appear to be quite significant! Some specific benchmarks have shown as much of a 2x jump in performance.

The CUDA/OpenCL benchmarking so far on 2080 Ti is showing better performance, not just for Deep Learning and AI workloads with new Turing Tensor cores, but for more generalized computing as well.

The RTX 2080 consumes a little more power than the GTX 1080 Ti (20 watts on average), but benchmarks have shown a 2x gain in performance per watt.

Memory bandwidth of GDDR6 over the GDDR5 in the 1080 Ti translates to comparatively higher performance.

Single-precision float performance is showing a roughly 30% increase over the 1080 Ti.

Much of the performance improvements are coming from the Turing Tensor Cores. Once applications are able to take full advantage of the new instruction sets, these GPUs will really shine with their new architecture. 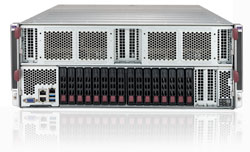 Boasting up to 8 NVIDIA Tesla GPUs in one server, the Iris 4290-8GPUT is a no-holds-barred powerhouse for deep learning.  This system is poised to take on the most data-intensive deep learning projects. In addition to the GPUs, it delivers a pair of the latest Intel Xeon SP™ CPUs, up to 1536 GB of memory, 16x SAS or SATA hard drives, and 2200 watts of redundant power. 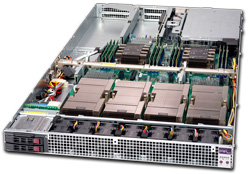 An impressive amount of parallel processing can be shoehorned into a 1U server. Behold the Iris 1291-4GPU-TP. As you can see in the photo, not only are there two Intel Xeon SP Processors, there are 4 NVIDIA Tesla P100 GPUs. It also sports a pair of the latest and greatest Intel Xeon SP processors. Top it off with 2000 watts of redundant power and dual-port 10G Ethernet. Explore your configuration options on pogolinux.com. 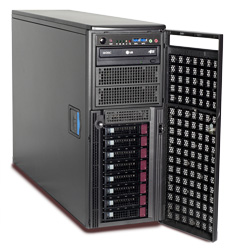 Who says you need a server for deep learning? You can have a supercomputer right there on your desk! The Velocity D59PSC puts a profound amount of processing power at your fingertips. Start off with dual Intel Xeon SP processors, along with up to 1 TB of memory, an M.2 bootable SSD, a RAID of up to 8 hard drives, and dual-port 10G Ethernet. The coup de grace is up to 4x NVIDIA Tesla GPU cards.

To learn about how Pogo can help you tackle the technological challenges your organization is facing, please call us at 888-828-POGO, or email sales@pogolinux.com.