Is the NVIDIA Titan X up to the Challenges of Deep Learning? 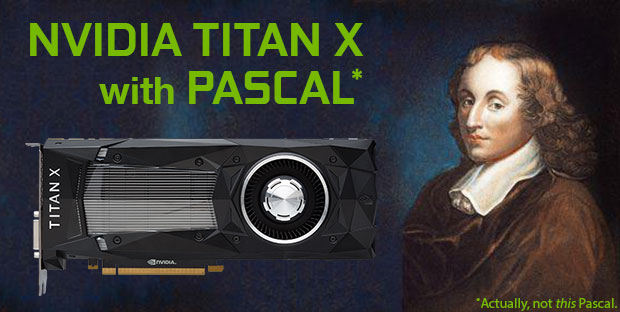 NVIDIA has recently introduced the new TITAN X™, the biggest and most advanced GPU ever built. Blaise Pascal said, “Imagination decides everything.” This certainly applies to the hardware engineering team at NVIDIA. Not content with the already “irresponsible amount of performance” of their GTX 1080, they imagined breaking the 10 teraflops barrier for computing on a single chip….

Go for the gold with Pogo’s champion mathletes

As we approach the 2016 Summer Olympics in Rio, our competitive spirit has us thinking, “What if there was an Olympic event for mathematical number crunching?” If there were, these two new systems would be vying for gold. In the Workstation division, the Velocity Q58VL’s extreme integer-based processing would reign supreme. Meanwhile, the floating point capabilities of…

Pogo has just returned from Orlando, Florida where we attended the Intel Solutions Summit 2016. ISS is the annual event where Intel execs give presentations to their partners, sharing juicy details about their current and upcoming projects. Now that the fog of jetlag has begun to clear, let’s do a quick recap! There are a…

Ubuntu with RAID 1 – Whatever It Takes

One of the reasons people trust Pogo Linux to help them solve their IT challenges is they know how much research and development goes into our products. Our engineering team leaves no stone unturned in the process of certifying our systems. Our clients often need custom RAID configurations on their servers and workstations. Most of…

Maximum available computing power peacefully residing under your desk Big computing doesn’t always happen at the data center. Sometimes you need maximum computing power right there at your desk. Unfortunately, being in same room as a maximum-performance PC can be like sharing a room with a jet engine. Why are systems so loud? As you probably know,…